I was talking to a friend of mine the other night at the fair. She is the mom of a friend of Jackson’s who played soccer with him, a year behind him in school, so he just graduated last month. She was filling me in on what his plans were for the future, I was surprised and excited to learn that he had joined the United States Air Force and would be leaving for basic training in just a few weeks! 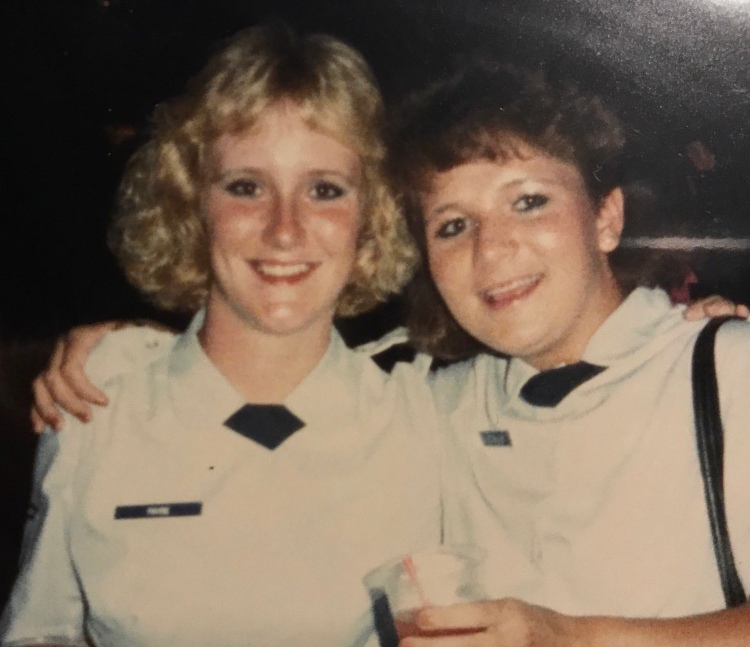 She was very nervous! And understandably so, she’s not familiar with the military life, this is her baby, all she can think about is combat. I on the other hand was SO excited for him. A place to grow, learn, become patriotic, work for a greater good, step outside of yourself…. All of those things make for an amazing adventure.

I was active duty Air Force for four years. My father was active duty for 20 years, all of my childhood, so it was a life that I knew and loved. There is something about that sense of comrade and working together for a purpose greater than yourself that is very powerful.

I spent my high school years in a small town in Illinois, my parents and grandparents hometown. I blogged about it earlier this summer, if you happened to catch it. It was an ideal place to be a teenager in my mind. We had a small class and a small school, we were all friends and all ran around together. Pretty much just like you can imagine: Friday night football or basketball games where the whole town turns out and everyone meets at the Pizza Hut afterwards to relive all the highlights of the games. A town square that was safe to walk around, even after dark, and parents who watched out for everyone else’s kids.

But after graduating high school,I was a little unsure of what path to take. I loved my college days at Western Illinois University, but didn’t go on past my 3rd semester (my mother decided “social life” wasn’t a good major, and I needed to figure some things out). I really don’t remember how the idea popped into my head. It wasn’t anything my parents ever discussed with me, but I enlisted in the USAF. It was a life I was familiar with, I would have a decent paycheck, they would provide housing and food, my hand would be held during all those beginning steps, I would have college funded and a retirement provided. Because of my ASVAB scores I had a lot of choices in jobs and I chose to work in the airports with passengers. (I had considered a career as a travel agent at one point, so this seemed a good fit).

Best decision ever! Back then basic training was only 6 weeks and although there was daily PT and marching everywhere, the majority of it was hands on a small classwork, right up my alley! Now it’s 8 weeks and the physical part is a little more taxing, but still not marine Corp tough.

My first duty station was Athens, Greece and my second was in New Jersey. It was a decision I have never regretted, and I get so excited when young people decide to join. The possibilities are endless, and to see the growth and maturity in these young people is something that gives me hope for the future!