Last summer, Mark and I took a road-trip, just the two of us. Our destination was Kansas City, and due to some sick kids at one of our family members home, we ended up traveling without reservations or time constraints for a few days. We decided to stop in Hannibal, Missouri that night, which led us onto MO Highway 36, otherwise known as the Genius Highway. Along this 200 mile stretch of highway between Hannibal and Kansas City is the hometown of JC Penney, General Pershing, Mark Twain, Jesse James, Nellie Taylor Ross, Coleman Hawkins and Walt Disney. Ironically, Mark had just finished reading the autobiography of Walt Disney, and if you know him, you would know that we HAD TO stop at the Walt Disney Hometown Museum in Marceline, Mo.

Downtown Disney is fashioned after downtown Marceline, we learned this when touring the museum. We also learned that the only ride to ever leave a Disney park was taken to Marceline, and the ‘new’ elementary school and pool were dedicated in 1960.

While talking to the helpful folks in the museum (again, if you know Mark, you won’t be surprised) we learned that both of the folks we were speaking with not only were there at the dedication with Mr. Disney but they were also right there in the big pictures on the wall from 1960. 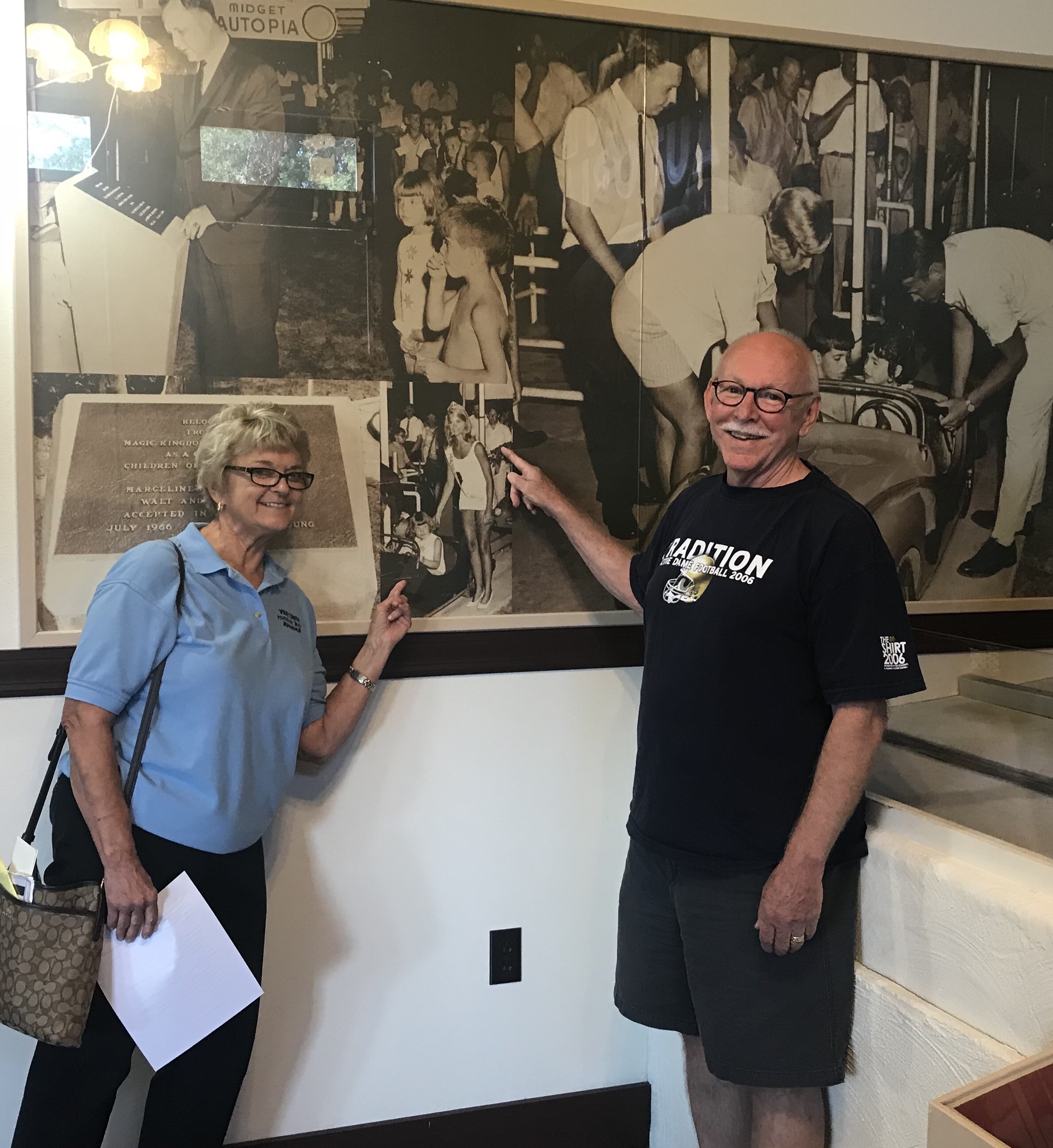 After a lovely conversation, we wrapped it up and decided to head to the diner downtown. As our new friends were headed to the same place, we decided to all have lunch together st Ma Vic’s Cafe. Don’t forget to order a “Dusty Miller”, a little dessert created right here. What a fantastic way to end our little excursion off the highway!

I think this trip epitomized the “life is a journey, not the destination” saying, so take a drive, make a stop, enjoy the journey.